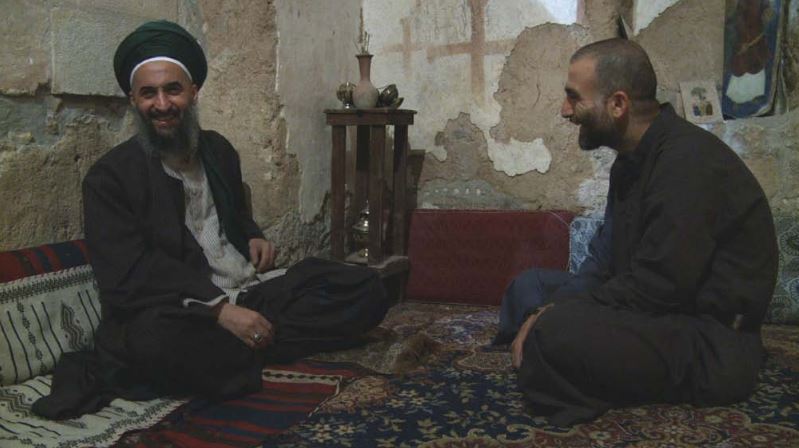 Sufi-Sheikh Ibrahim heads a mosque in Damascus; his fellow countryman, monk brother Jihad, has retreated to Mar Musa monastery of the Syriac Catholic rite on the Eastern slopes of the Anti-Lebanon, situated near the town of Nabk, 80 km north of Damascus.The two men of faith know and appreciate each other and dialogue together.